Recent tests matches have kept Indian skipper Virat Kohli at media coverage. The most appreciated member of Team India was awarded Padma Shri on Thursday, at the Rashtrapati Bhavan. The fourth-highest civilian award in India was presented to Kohli by President Pranab Mukherjee.

The Padma awards were started in 1954, to felicitate Indians, who have excelled in different fields ÔÇô arts, literature, sports, social work, medicine, science, civil service, and others. 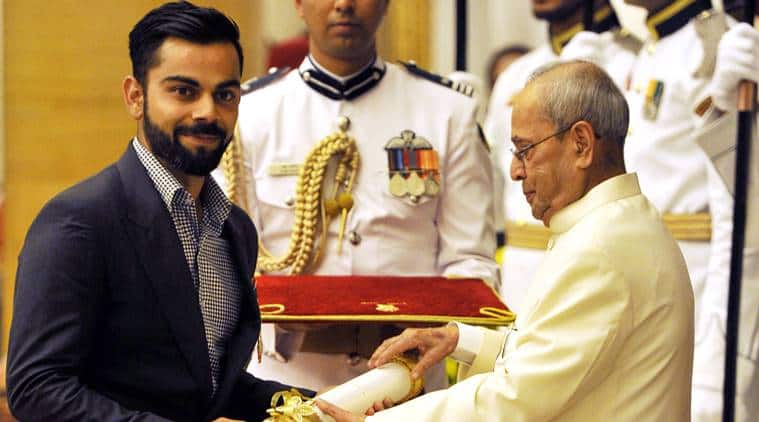 Kohli is indeed a jewel who shines the brightest.The captain who stepped down as skipper is not less than a storm. Kohli’s batting has proved him as one of the most important gems in ┬áTeam Indian.

The Padma Shri has been indeed given to most deserving players. On the overwhelming award Virat tweeted, “What an absolute honor and a memorable day to receive the Padma Shri award from the President of India. God’s been kind. Jai Hind.”