Top 10 Tollywood Movies of All Time By Box Office Collection

When it comes to contribution to the growth of Indian Movies, Tollywood is second to none. Tollywood had given many best entertaining and advanced movies to Indian cinema. They are welcomed all over the world by fans and they have collected whopping amounts in just few weeks of the movies’ releases. The box office collection and its enormous figure is not a surprise. The skilled filmmakers, proficient actors and actresses and mindful promotional tactics deserves a big bag. Here are the Top 10 Tollywood movies of all time in terms of box office collection.

TOP 10 TOLLYWOOD MOVIES OF ALL TIME BY BOX OFFICE COLLECTION

The 2012 release Eega released in two languages – Telugu and Tamil. The movie was written by K. V. Vijayendra Prasad and directed by his son – S. S. Rajamouli. The movie is based on the hero who reincarnates as a fly after murdered by a wealthy businessman villian who considered hero as a rival for his love. The VFX of the movie took Tollywood to the next level and was appraised within the industry. In fact, Eega was as a nomination for India’s Oscar entry. The movie grossed┬áÔé╣57 crores worldwide.

The 2014 Stylish Star – Allu Arjun‘s starrer Race Gurram is 9th in the list. This is the first time that Allu Arjun and Shruti Haasan starred together. This action-comedy film went on to become the highest grossing Telugu film for the year 2014. The overall box office collection of the movie is Ôé╣59 crores.

Gabbar Singh released in the 2012 and its based on the action drama genre. The film features an ensemble cast of Power star Pawan Kalyan and Shruti Haasan. Gabbar Singh is actually a remake of Dabangg – the Bollywood movie which released in 2010 starring Salman Khan. The movie was made with a humble budget of just Ôé╣30 crores. However, it grossed more than double making Ôé╣63 crores world wide. The sequel of the movie released in 2016 with the name Sardar Gabbar Singh.

The 2016 release Sarrainodu featured Allu Arjun, Rakul Preet Singh and Catherine Tresa in the lead roles. The movie is an action masala genre and received mixed reviews from the critics and audience as well. However, it became a box office success and grossed Ôé╣73 crores making it the 7th highest Tollywood grosser of all time. 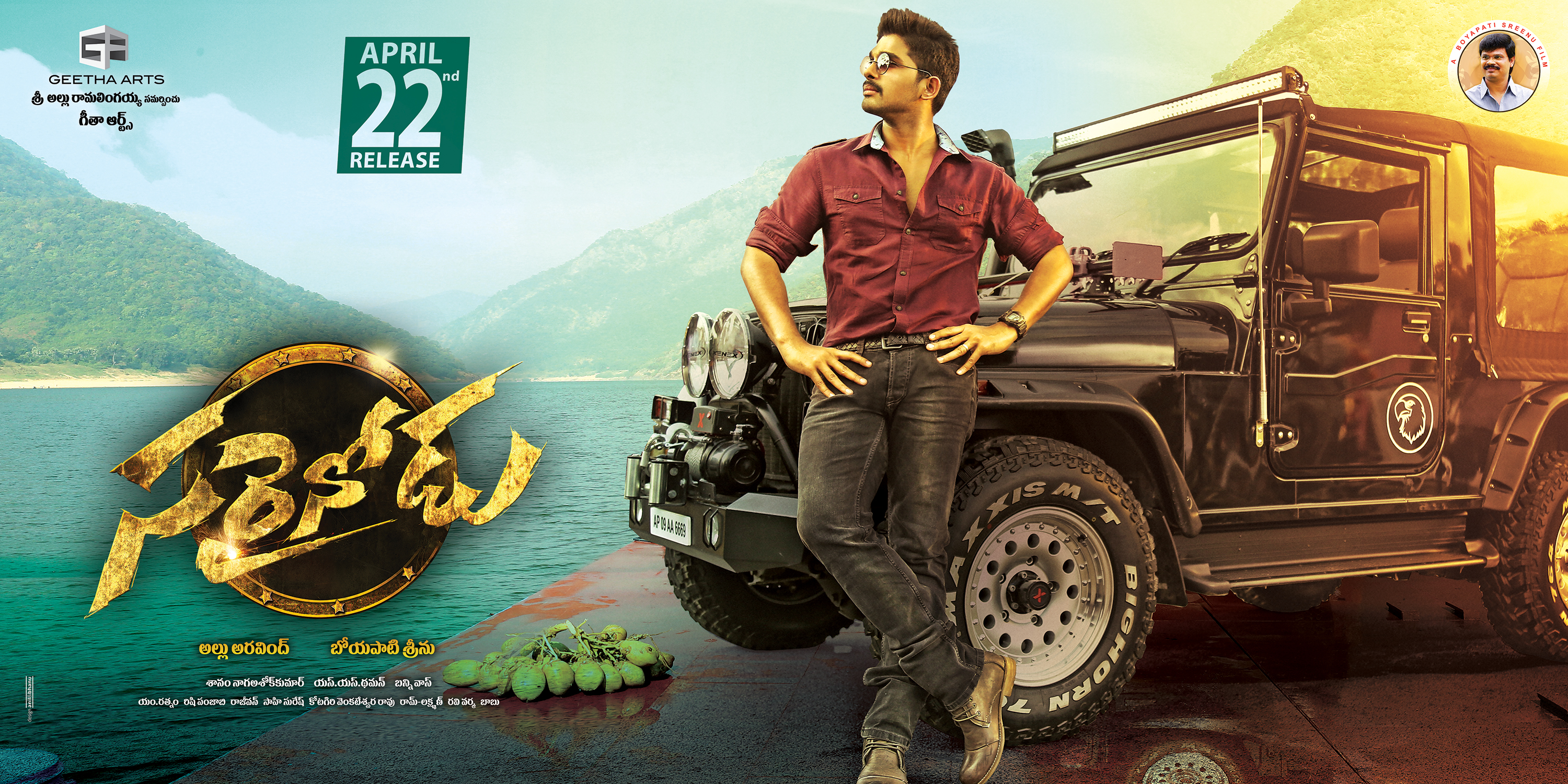 Attarintiki Daredi meaning ‘Which part leads to my Aunt’s house?‘ is again a Power Star Pawan Kalyan starrer. Samantha Ruth Prabhu featured opposite to the actor and the movie was significantly shot in the Ramoji Film City, Hyderabad. The film also had a successful run in Filmfare and Siima awards. The worldwide collection of the movie is Ôé╣74 crores and is the sixth highest in the list.

The commercial mega hit Magadheera is 4th in the list. The movie is from the books of S.S. Rajamouli. The movie stood as the highest grosser in Tollywood for nearly 5 years. It’s a success in itself that the movie completed its 1000 days theatrical run.

The drama genre Srimanthudu released in 2015. The movie featured Mahesh Babu as the film’s protagonist and Shruti Haasan as the female lead. The story of the movie was very strong that it was well received by the critics and audience together. The commercial block-buster also inspired many celebrities, politicians and businessmen to develop backward villages and also promote the idea of adoption of villages in Telangana and Andhra Pradesh. The movie grossed Ôé╣85 crores and sits comfortably at the third spot. 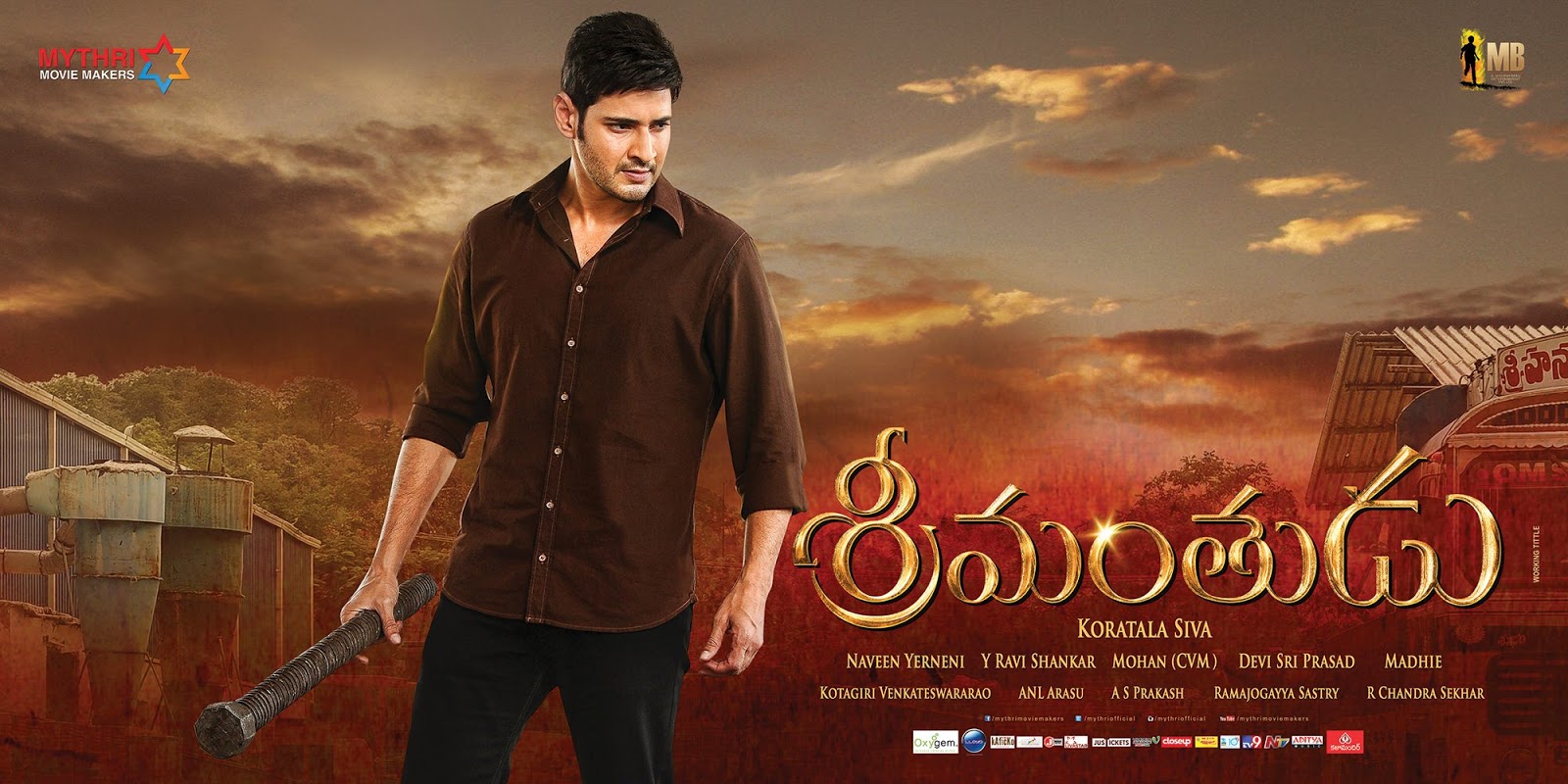 Khaidi No. 150 that released in 2017 is the remake of Tamil film Kaththi that starred Vijay. This marks the 151st movie of Tollywood’s Megastar Chiranjeevi and it’s the first film of Chiranjeevi after 10 years since his run in the state politics. The action drama supported by its very good story became the second highest Tollywood grosser. The movie eventually made┬áÔé╣104 crores since its release on 7th January, 2017.

It comes as no surprise that S.S. Rajamouli‘s masterpiece Baahubali – The Beginning is the highest All time Tollywood grosser. The mega-budgetted movie became the highest grossing Indian film within India and it also became the first non-hindi film to gross over Ôé╣100 crores in the dubbed Hindi version of the movie. The film released in the year 2015 in a record number of screens and the critics praised the movie completely. As a matter of fact, the movie is crowned the first in the list of highest grosser in terms of box office collections. The movie collected Ôé╣311 crores since its release.

The sequel of the movie titled Baahubali – The Conclusion is in the finishing stage and is slated to release worldwide on 28 April 2017.

Calling out a celebrityÔÇÖs outfit and giving it our nod of approval is something that happens on a daily basis. The actor or actressÔÇÖs look is broken down, given a thumbs up and we even let our readers know who styled them. ItÔÇÖs the stylist who has those magic powers that transform a celebrityÔÇÖs look. Whether they make it to a be...