Standing tall in the male dominated industry, actresses also inspire fans with their acting skills and message delivery. Actresses also use Twitter to support their cause, promote their work and to stay close to fans as well. They use it in the right way to get the best out of the social networking service.

Here are the Top 10 most followed Tollywood Actress in Twitter.

Starting his career as an anchor in a kids’ channel and then working in commercials, Regina Cassandra came into the cine industry with her first movie – Kanda Naal Mudhal. Later she took break from the movies to pursue her studies in Psychology. She then decided to act in movies and shifted gears between Tamil, Kannada and Telugu industries. Though her Tamil movies were successful at the box office, she focused more on Telugu industry. Her performance in Kotha Janta kicked-offed her Tollywood journey and Power that released in 2014 became the biggest blockbuster.

Predominantly working in the Telugu industry, Rakul Preet Singh has done few Tamil, Hindi and Kannada movies. Her Telugu debut was in the movie Keratam in 2011. Her telugu movies namely Venkatadri Express, Current Theega and Loukyam became commercially successful. This brought her few big projects like Kick 2, Nannaku Prematho, Sarrainodu and Dhruva. The fitness conscious actress started her own gym in 2016 in Hyderabad in the name F45.

The very active actress is in the peak of his career in acting right now and has a very good followers in Twitter. Rakul Preet Singh is followed by more than 8,30,000 in Twitter.

Born in to family who worked in Cinema industry, Lakshmi Manchu is the daughter of Dr. M. Mohan Babu. Her brothers Vikram Manchu and Manoj Manchu are predominant Tollywood actors. Before working in Mani Ratnam‘s Kadal, Lakshmi Manchu has appeared in many American television series and commercials┬á in the likes of Toyota, Chevrolet etc., She even received the Filmfare Award for the Best Actress in supporting role for Gundello Godari and┬áChandamam Kathalu in the year 2013 and 2014 respectively.

Tamannaah as she is known in industry works primarily in Tollywood and Kollywood movies. However, she has also worked in Bollywood industry as well. She stepped her foot in the Telugu industry with the movie Sri in 2005. The college-life based drama film Happy Days catapulted her career and took Tamannaah to the next level. Tamannaah has acted in more than 50 movies so far in 3 different languages and she has also appeared in a cameo role in a Kannada movie. 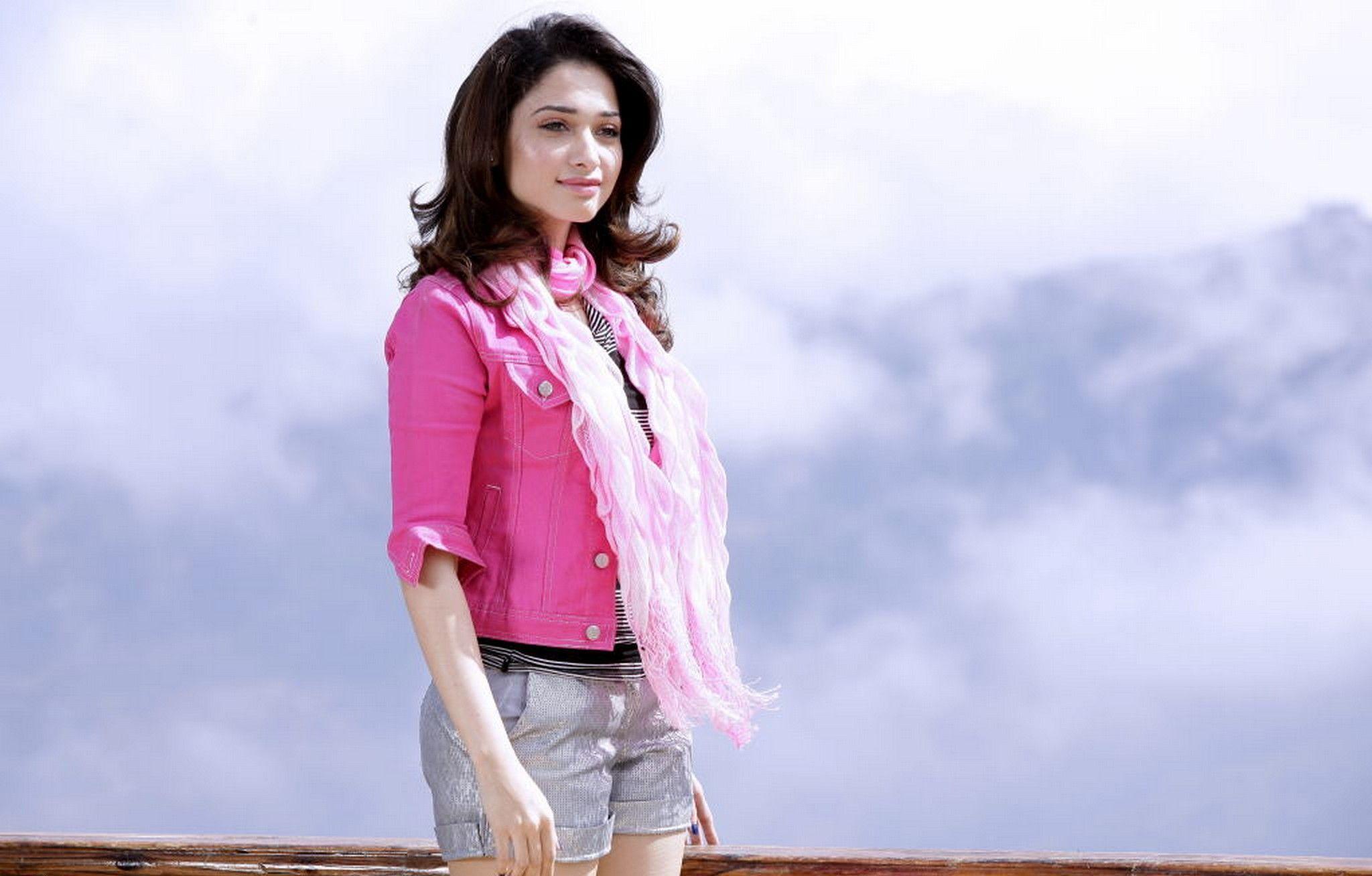 Tamannaah awaits two of her big releases in 2017. One is the highly expected sequel of Baahubali – The Introduction which is titled Baabhubali – The Conclusion and other is a Tamil movie opposite to Vikram. The tamil movie is yet to be titled.

The charming actress has more than 14,20,000 followers in Twitter.

The ‘Pink‘ actress made her acting debut in Jhummandi Naadam in Telugu in 2010. The actress became more popular after her tamil debut with the movie Aadukalam that received six National Awards.

Her acting skills brought her more project from the three major industries of the country. The actress is also growing day by day with respect to her skills.

Priya Anand is familiar in almost 5 cine industries. She is born to a Tamil mother and a half-Telugu and half-Marathi father. As a result, she became more fluent in Tamil and Telugu languages. She made her acting debut in the Tamil movie Vaamanan and immediately the next year she featured in the Telugu movie Leader. Leader was the first movie for Tollywood actor Rana Daggubati as well. The movie received positive reviews and Priya Anand’s career started to grow from there.

From then on she regularly appeared in Tamil, Telugu and Hindi movies.

None can forget the cute face of Hansika Motwani in the serial Shaka Laka Boom Boom. She also appeared as one of the child actress in the Preity Zinta and Hrithik Roshan starrer Koi Mil Gaya. But her Lead role acting debut came with the Allu Arjun‘s Desamuduru. With her performance in the movie and fans longing to see the actress on-screen, Hansika became the producer’s choice for many commercial movies thereafter. She became more popular and had worked with almost all the top male stars of the industry.

Winning the ‘Miss Salem‘ and ‘Miss Madras‘ contests in the same year supported Trisha Krishnan‘s entry into the film industry. None would have seen Trisha in Simran’s Jodi. Yes! She appeared as a friend of Simran in the movie. Her first movie was with the famous director Priyadarshan – Lesa Lesa followed by Enakku 20 Unakku 18. But the movie that released first was Mounam Pesiyadhe. It was a moderate success and got a good name for Trisha in the industry.

She became a sensation after her Telugu debut with the movie Varsham in 2004. She became more and more bigger in the industry and is now the top actress who has a special mention in all her movies.

Trisha is highly significant in the industry and her followers count in Twitter is not a surprise. She is followed by more than 33,50,000 followers in Twitter.

Samantha as she is mononymously called is now a well-established actress in Tollywood and Kollywood. Gautham Menon introduced Samantha to the Cine world in her Telugu romance film – Ye Maaya Chesave. She was a part of the highly successful movie in the likes of Dookudu, Seethamma Vakitlo Sirimalle Chettu, Attarintiki Daredi, A Aa and noted tamil films like Neethane En Ponvasantham, Kaththi, Theri and 24.

Moreover, Samantha is also involved in Philantropic activities. She is currently working on 4 projects and wss recently engaged to Naga Chaitanya on January, 2017.

Born to the Haasan family, Shruti Haasan is the daughter of Universal Hero Kamal Haasan. It was a difficult start for Shruti in the industry, but the actress made herself well-established now after giving back to back hits in both Telugu and Tamil. Infact, last four of her Tollywood movies was a big success in the box office. Her recent release opposite to Power Star Pawan Kalyan in the movie titled Katamarayadu which is the remake of Tamil movie Veeram is being well received by the fans.

Apart from acting, Shruti is a renowned singer as well. The husky voice’s owner has more than 49,40,000 followers in Twitter.

Twitter has become a place to interact with people with ease. Celebrities use it as a medium to stay close to fans, wish their mates and use it as a platform to promote their works. Fans, in turn, wish them luck and continue to follow them as and when a tweet is posted. This helps them stay...