Tollywood actors are not just actors to their audiences, they are superheroes. Their fans often out of love and respect have added various superlatives to their names. When Bahubali appears on big screen, the crowd in the theater screams with joy and excitement. ThatÔÇÖs the kind of acceptance the Tollywood stars receive from the public. Here is a list of the Top 10 highest paid Tollywood actors you admire the most.

Venkatesh, a very popular actor in the industry is also known as Victory Venkatesh amongst his fans. His first film in a lead role was in 1986. It was in the film Kaliyuga Pandavulu which was a success. However, he had earlier acted in the 1971 movie ÔÇÿPrem NagarÔÇÖ as a child artist. He is the son of Ramanaidu Daggubati who is a part of the industry.

He has acted in various movies which have often been loved and accepted by the youngsters as well. He mainly takes up family entertainers and one of his latest hits was Drushyam. Currently, he is said to be pulling in 7 to 8 crores for a film. 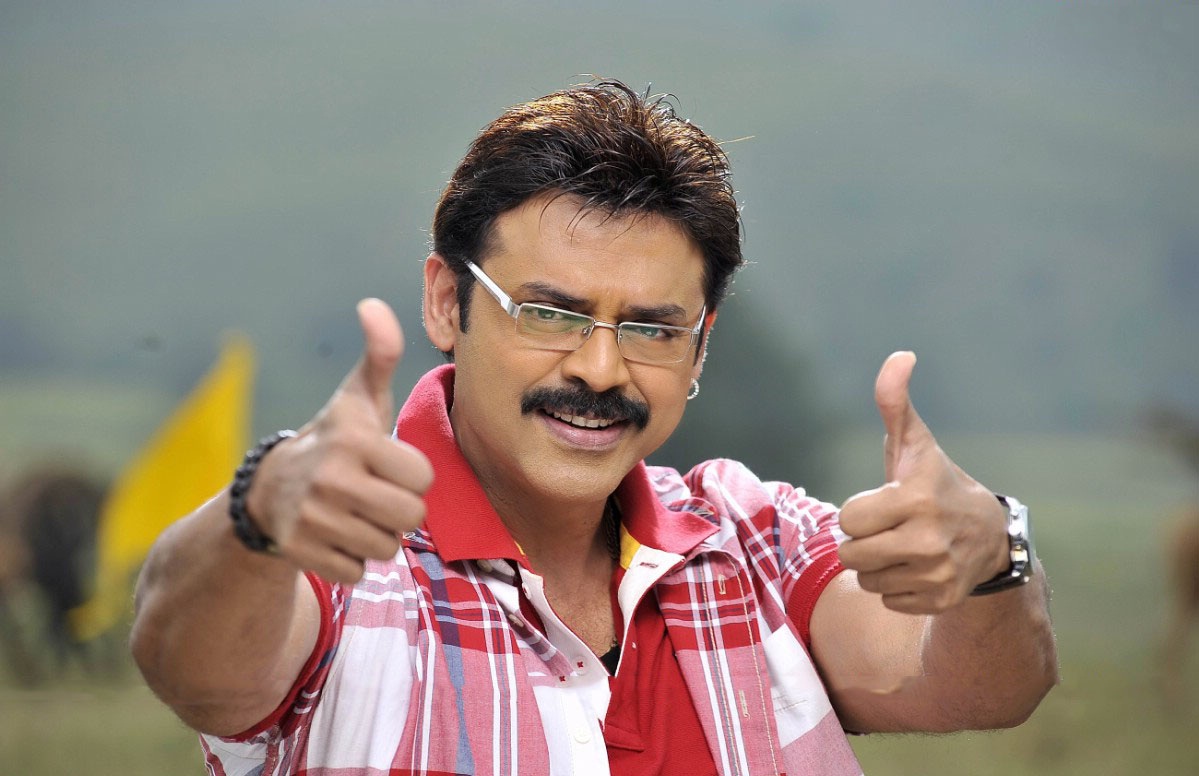 Son of another senior actor Akkineni Nageshwara Rao who was also a prominent part of the Telugu Film Industry, Nagarjuna also managed to become popular with his own style and acting skill. He began his acting career with a film in which his father played the lead role. The film was titled ÔÇÿSudigundaluÔÇÖ and Nagarjuna acted as a child artist in it. Later, he did his first lead character film, Vikram in 1986, which was a remake of Hero, a Hindi film made in 1983.

He is one of the most sought-after actors in the industry. With his hits, Soggade Chinni Nayana and Opiri his fan following has increased even more.he is also involved in TV shows and various other programs. At present, he charges 7 crores for a film.

Nandamuri Balakrishna is one of the most senior actors of the Telugu Film Industry. He has successfully completed his 100th movie, Gautamiputra Satakarni.

He began his journey as an actor in 1974, when he became part of the project ÔÇÿTatamma KalaÔÇÖ as a child artist. He is also a politician. He has received numerous awards for his performances in movies like Simha, Legend, and Dictator. He was paid 9 crores for the film Dictator.

Popularly known as Mass maharaja, Ravi Teja often wins over the hearts of his audiences with his energetic performance. He is a national award winner. He began his journey with side roles and later emerged as one of the leading actors of Tollywood. He has a lot of hits to his credit like Idiot, Khadgam and Kick. He made 10 crores from his movie Bengal Tiger.

Stylish Star Allu Arjun is famous for his love story based movies which are often directed brilliantly and treated differently. He is one of the highest paid actors in Tollywood. He belongs to the star family and is Ram Charan TejaÔÇÖs cousin. He has also acted as a child artist in the film ÔÇÿVijethaÔÇÖ. He mainly focuses on entertaining movies with elements of comedy and romance. His film ÔÇÿSarrainoduÔÇÖ got him 13 ÔÇô 15 crores.

Ram charan is the son of Megastar Chiranjeevi and the nephew of Power star Pawan Kalyan. He began his career with Chirutha, directed by Puri Jagannadh in 2007. He is called cherry by his fans. Magadheera established his stardom in Tollywood.

His film ÔÇÿRachchaÔÇÖ, inspite of its various controversies, was a commercial hit. From the movie Bruce Lee he has started to earn 17 ÔÇô 18 crores. He is also an entrepreneur.

Nandamuri Taraka Rama Rao Junior is one of the top heroes of Telugu industry. With his new film Janatha Garage, which was a blockbuster hit, he completed 26 movies he is not just an actor, he is also an outstanding Kuchipudi dancer as well as a politician. The main reason he entered politics was because of his grandfather Nandamuri Taraka Rama Rao. After the success of Nanaku Prematho he collected a huge amount of 22 crores. He has had more hits than failures.

Originally named as Konidela Kalyan Babu, he is ChiranjeeviÔÇÖs younger brother. He is also a politician for the Jana Sena party. Kushi established his stardom and was appreciated for his acting and dance.

He created his own territory in cinema even though his brother Chiranjeevi is a huge star. His comedy and his awesome looks as a police officer led the film, Gabbar Singh, to become a huge hit. Atharintiki daaredi, helped him to increase his remuneration to 22 crores. This is encouraging others to be focused.

He still maintains his third position since 2016 as one of the top 10 Tollywood highest paid actors. He stepped into the Telugu film industry when he was young in a movie called ÔÇÿNeedaÔÇÖ. He has also performed in 8 films as a child artist.

Like his father Krishna, Mahesh Babu has also become a successful actor. He has a huge fan following especially girls because of his good looks and style. Pokiri, Dookudu, and Srimanthudu are few of his major hits. His film Srimanthudu, which got him 20 – 22 crores, made him even more popular amongst youngsters.

Prabhas started his career with film, Eeshwar. The so-called rebel star has acted in many Telugu movies and almost all his film attained success. He became a sensation with his recent film Bahubali ÔÇô The beginning was welcomed with open arms by his fans. He received a whopping 25 crores for doing part 1 and 2 of the movie.

The film Darling gained him his stardom. His action thriller movie Billa was his first dual role performance, where he acted as an underworld don. Due to these continuous hits, the actor increased his remuneration to several crores.

These actors have a huge fan base and this was just a glimpse of their commercial success. Now you know something more about your favourite stars.

Music is one art form which will attach to all your emotions whether happy or sad. Bollywood has entertained people with its movies gained love and respect with its truthful entertainment. We talk, we walk, we hear everything in we do in our daily life somewhere has Bollywood connection to it. Over the years, celebrities have chang...