Top 10 facts of Baahubali: The Beginning

Indian cinema is generally related to Hindi or Bollywood movies by people abroad. This is the notion prevailing for a long time. However this perception has changed in the recent past and foreign peopleÔÇÖs attention has turned towards South, especially Telugu and Tamil- thanks to the humonguous success of S.S. RajamouliÔÇÖs yet another consecutive directorial hit, Baahubali: The Beginning. Post the success of movies like Magadheera and Eega, there was a huge expectation among movie lovers. 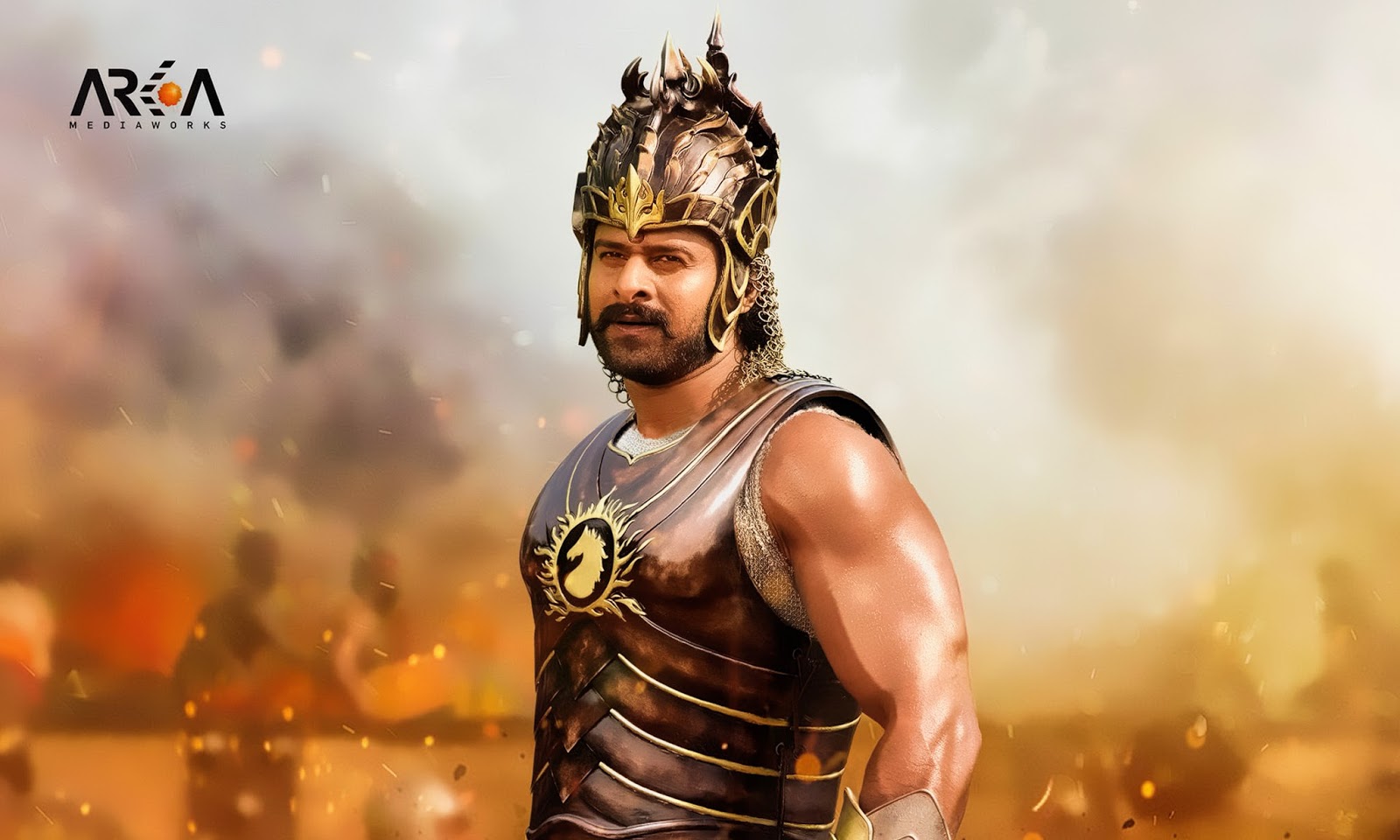 The director not only disappointed them but also provided them a visual treat, with Visual Effects (or VFX as it is popularly called) playing a major role in the movie. The biggest motion picture of the country is considered to be the most expensive movie ever made in the history of Indian cinema with a budget of over 180 crore rupees. As the crew of Baahubali is gearing for the sequel, Baahubali 2: The Conclusion, let us look back at some of the unknown, but interesting facts about the mega hit movie, Baahubali: The Beginning.
Top 10 facts of Baahubali: The Beginning

10. Multilingual movie:-
Baahubali: The Beginning, the first of the two cinematic parts was simultaneously shot in Telugu and Tamil. In addition, the dubbed version of the movie was released in various Indian and foreign languages including Hindi, Malayalam, English, French and Japanese. The movie set box office record both at home as well as abroad. It even recorded the highest opening weekend performance for an Indian movie at the U.S. box office.

9. The fitness of actors:-
Physical fitness of actors plays a pivotal role in any film, particularly in war-oriented films like Baahubali. The director was very particular in the lead actorsÔÇÖ fitness that they were to consume 2000-4000 calories every day for them to be bulk. Hence they had to increase their food quantity and made necessary changes in their diet.

8. Fight Sequence:-
Being a historical fiction, said to be derived from one of the major epics, The Mahabharata, the movie is action packed. The battle scenes have been shot realistically. It is said that for a particular scene in the movie, Peter Hein, the action choreographer, and stunt coordinator had to manage 2000 stuntmen and elephants.

7. Role of Technicians and Visual Effects:-
It is understood that for any epic fantasy film, be it in any language, Computer-Generated Imagery (CGI) will play a very important role in bringing the atmosphere to reality. Baahubali is no exception. To be frank, there has been much CGI in this movie that almost 90% of the entire film had visually enhanced shots. Hence, more than 600 technicians and 17 VFX studios from around the world struggled hard on the movieÔÇÖs 4500 visual effects and CGI. 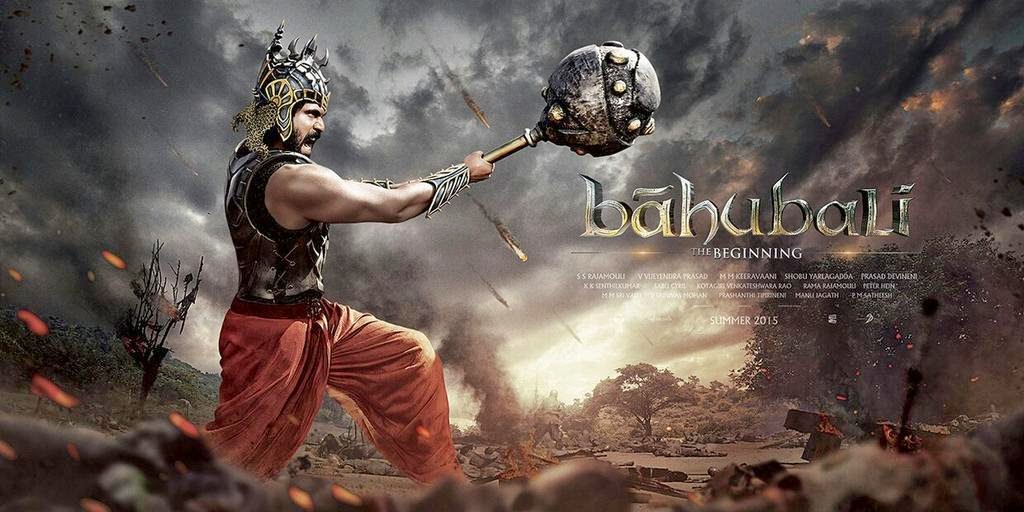 There has been a statement in online media that the VFX team which worked for the Hollywood movie, Jurassic World also worked for the Indian blockbuster. However, one of the producers of the Indian movie denied any such association and stated, ÔÇ£Most of Baahubali was developed in Hyderabad, home to Tollywood, and used local talent. It was principally a homegrown feature produced by homegrown talent.”

6. Emerge of a new language:-
The creators of the movie have worked hard to the extent that they have even invented a new language to be spoken exclusively by the tribal community featured in it. The language known as ÔÇ£KilikiÔÇØ was developed by the filmÔÇÖs writer-lyricist Madhan Karky and it is said to contain 750 words with its own set of 40 grammar rules. The language was particularly invented for the movieÔÇÖs terrifying tribe, the Kalakeya.

5. Weaponry Museum:-
Among various other accolades, Baahubali adds one more feather to its cap. The crew of the film plans to have a museum featuring the weapons that were used in the fighting scenes of the movie. The museum is expected to be set up at Ramoji Film City in Hyderabad.

Apart from weapons, the museum will showcase the filmÔÇÖs sets, artillery, props, and costumes used the by the actors. This will be the first of its kind for any Indian movie till date. The museum is said to be ready around the release of the moviesÔÇÖ sequel.

4. Awards and Recognition:-
The International version of the movie was nominated for Saturn Award for Best Fantasy Film by the American Academy of Science Fiction, Fantasy and Horror Films. The Telugu edition won the Best Feature Film-Golden Lotus Award and the Best Special Effects at the 63rd National Film Awards.

The team of Baahubali ventured into various promotional events through various social media like Facebook, Twitter, Instagram, Whatsapp posting teaser and trailers, photos and interviews related to the movie. One such campaigning attempt was made during the launch of the audio in Kochi where a huge poster of the movie, covering an area of 51 thousand square feet was created. This massive poster made by Global United Media Company Pvt Ltd found its entry into the Guinness World Book of Records.

2. Appearance in BBC documentary:-
British Broadcasting Corporation (BBC) is the most popular media across the globe, known for its authentication and high standard of program production. The subjects BBC chooses usually ensure the industry to maintain its stature among its competitors.

The broadcasting media follows the ethics, even on this day, which bring it the desired laurel around the world. Such a prestigious media has set its eyes on Indian movie, the frontrunner being Baahubali: The Beginning. The movie was featured in BBCÔÇÖs documentary on 100 years of Indian cinema, which was directed by Sanjeev Bhaskar.

There is a very popular saying, ÔÇ£Hard work never failsÔÇØ. Many of us would have practically felt the importance of working hard. The credit the Baahubali team receives today even after a couple of years of its release is due to the struggle each and every actor underwent during the 3 long years of shooting. The actors had to compromise on various personal commitments for the movie to succeed. To shoot the waterfall sequence, which is considered to be one of the important scenes, the crew took 109 days to perfect the shot. This is only one example of many.

Telugu heroines are one of the highest paid actresses in India. Even though these actresses are on-screen friends, they have a decent rivalry among themselves outside the reel life. Check out┬áthis list to know the Top 10 Highest Paid Actresses in Tollywood. Anushka Shetty - 4 Crores Anushka debuted in 2005 and has had ...