Ranbir and Alia spotted together, AGAIN!!

There is no stopping to the affection between Ranbir Kapoor and Alia Bhatt as neither of them hesitates to show their love for each other. They’ve been in this industry for quite a long time and they’ve been a part of some failed relationships in past. They’ve seen it all, the media pressure, the rumors, the hatred, the love and now they are in a phase where they don’t care about what people have to say about them, they are not afraid of being judged. They embrace the love and they flaunt each other with pride. 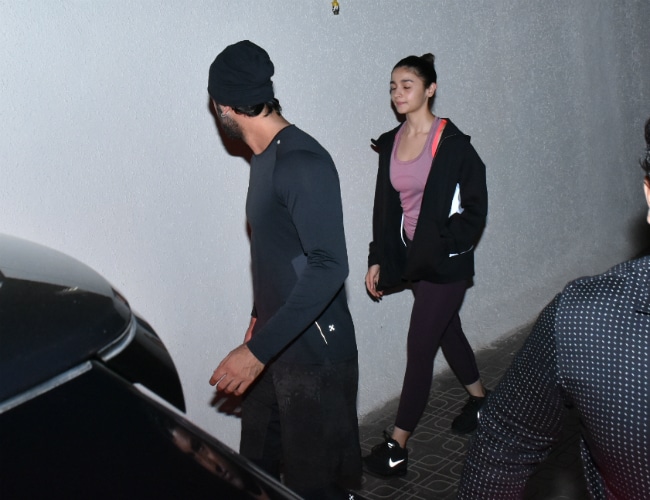 Recently, they were spotted outside the Dharma Production office. Ranbir was wearing a black t-shirt and matching trousers and Alia had a stunning pink tank top with a black jacket and black track pants with her hair tied in a bun.

It seems as they are in an open relationship and they are don’t want to hide anything from their fans. Recently Alia kissed Ranbir during Zee Cine Awards.

“Tonight is all about love, there, my special one, I love you Ranbir.” She said during her acceptance speech.

They both will be seen together in Ayan Mukerji’s next, Brahmastra. Which also features Amitabh Bachchan, Dimple Kapadia, Mouni Roy and Akkineni Nagarjuna.

Rumor has it that the couple started to date when they appeared together at Sonam Kapoor and Anand Ahuja’s wedding reception. Since then, they haven’t looked back and we hope they make a successful couple.

Sonam Kapoor is one of the leading actresses of Bollywood with the brightest future. She’s often criticized for achieving this because of his star dad Anil Kapoor. Recently, she was invited at Arbaaz Khan’s talk show Quick Heal Punch where a harsh tweet was read to her that said “ Ten years in the industry yet you don’t know how...