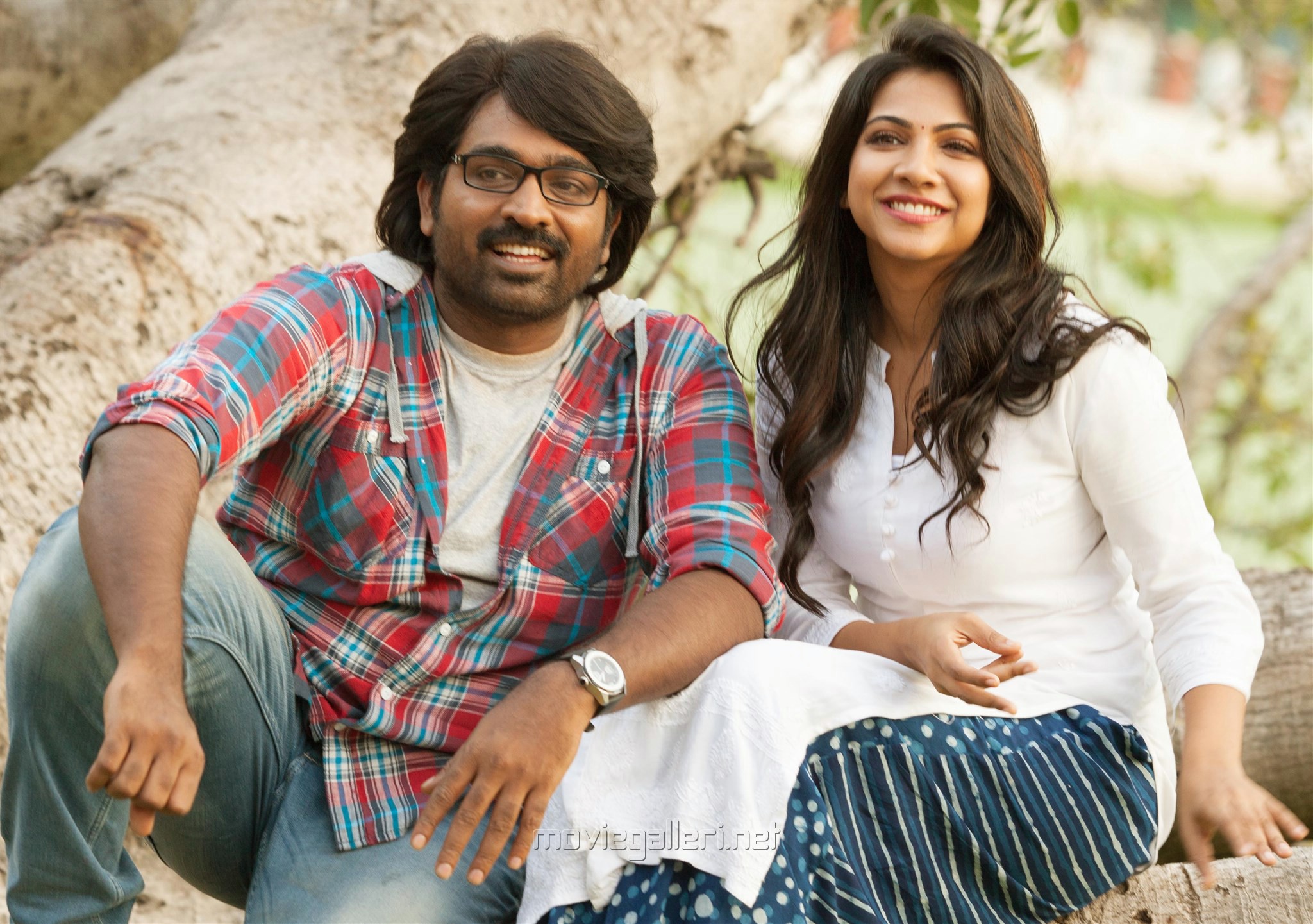 Kavan is an Thriller movie with an strong social message in it , Versatile Actor Vijay sethupathi plays the role of a Reporter in it and Madonna Sebastian plays as his Colleague. Akashdeep plays the role of the villain . This film that tries to highlight the social responsibility of the media in our Country.It also attempts to tell the power of media in current times. What happens when the hero decides to be part of change, is the remaining plot with twists. While Vijay Sethupathi is very unconvincing as a media student, he beats everyone with his natural performance as an ideal journalist. Madonna is very convincing as a student and television producer, torn between right and wrong. T Rajender has let his hair down, like always, while delivering gabs in his trademark style and it is fun to watch him onscreen. Pandiarajan plays the role of a good but prudent news editor, who in the beginning shows no qualms in following questionable media practices. Bose Venkat as a corrupt politician has delivered a surprising performance. The rest of the cast, including Vikranth and Jagan, have played their parts to best of their abilities and have managed to contribute to the progress of the film.

Kavan Movie Drawbacks:
Some Unwanted scenes in first Half which decreases the pace
Predictable Scenes
Second Half seems to be dragged a bit

Verdict:
Overall Kavan is an Must watch movie in Current situation in which Media plays a major role in our society, Despite some small Drawbacks the film will definitely entertain the Audience .

Bollywood movies the Hindi entertainment of the country is widely spread not only in India but also in 70 other countries. It is the most highest producing films Cinema of all in the world. The music, drama, voice everything has become a part and parcel of the daily routine life. We sing a song there is Bollywood, famous dialogues ...