Bollywood is the Hindi Film Industry which is continuously serving the audience and entertaining them from decades. The dream of living the same lifestyle, glamour they enjoy is every common man’s dream. Celebrities have a huge fan club all over the world while they have a lot of friends in the Industry they work in. There have been so many marriages of Bollywood stars and a lot prove to be successful. Not denying the fact, that with all this there are some worst sides of the Film Industry too.

If you are a celebrity it is bound to be that you cannot hide from the media your personal and professional life everything would be their concern. Stars are ideals of the audience they follow what they wear, how they talk, everything about them. Directors, producers, writers, actors all are one part and have made Bollywood a family. They all enjoy together share their happiness as well as their sorrows and have strong friendship. The stronger the relation the easier it breaks because one gossip and everything is over.

Recently, the news of sad demise of Aishwarya Rai Bachchan’s father Krishnaraj Rai was heard. Aishwarya Rai was very close to her father since two decades she is in Bollywood industry and has earned all the fame independently. Grand daughter Aaradhya Bachchan was also seen along with her in almost all captures. Everyone in the Film Industry was expected to be present from the Film Industry on the day of funeral. We saw everyone but on most prominent face of the Industry was missing which left everyone surprised. Film Director Karan Johar was missing in the funeral of Aishwarya’s father and that was a surprise as we all know that they both share a very strong friendship bond since a long while. What went wrong then?

Karan Johar and Aishwarya Rai were last seen in the connection when they were together for the movie Ae Dil Hai Mushkil. This movie hit the Box office and earned a lot is one of the best movies of 2017. Anushka Sharma, Ranbir Kapoor and Aishwarya Rai Bachchan were the three actors from the Bollywood who were playing the major role in the film. Anushka Sharma was the leading female actor of the movie while Aishwarya was the supporting actor. At the time of the promotion of the film Aishwarya wanted to promote the film quote a while but did not get the right opportunity. 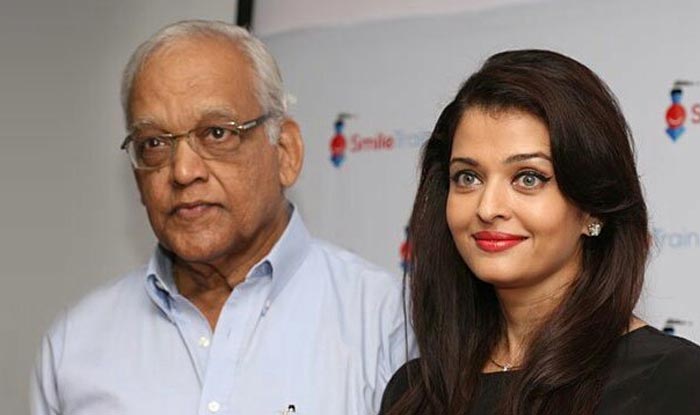 Anushka Sharma was busy┬áwas busy shooting for Imtiaz Ali‘s Rehnuma opposite Shahrukh Khan. Aishwarya Rai wanted to promote the film at that time but since she was not the lead role in the film Karan Johar did not accept it. He refused that she cannot promote the film it is only Anushka-Ranbir who can do it. This lead to major quarrels between the two and they stopped talking. Since then there is a cold shoulder between Karan-Aishwarya.

Karan Johar was not found in the toughest time of Aishwarya Rai as a friend.