The PNS Ghazi was a war submarine that had been sent to Vizag in 1971 as a threat. The movie Ghazi attack brings to life the events of the untold war story that happened in history. Of course, with a disclaimer that it is a work of fiction! 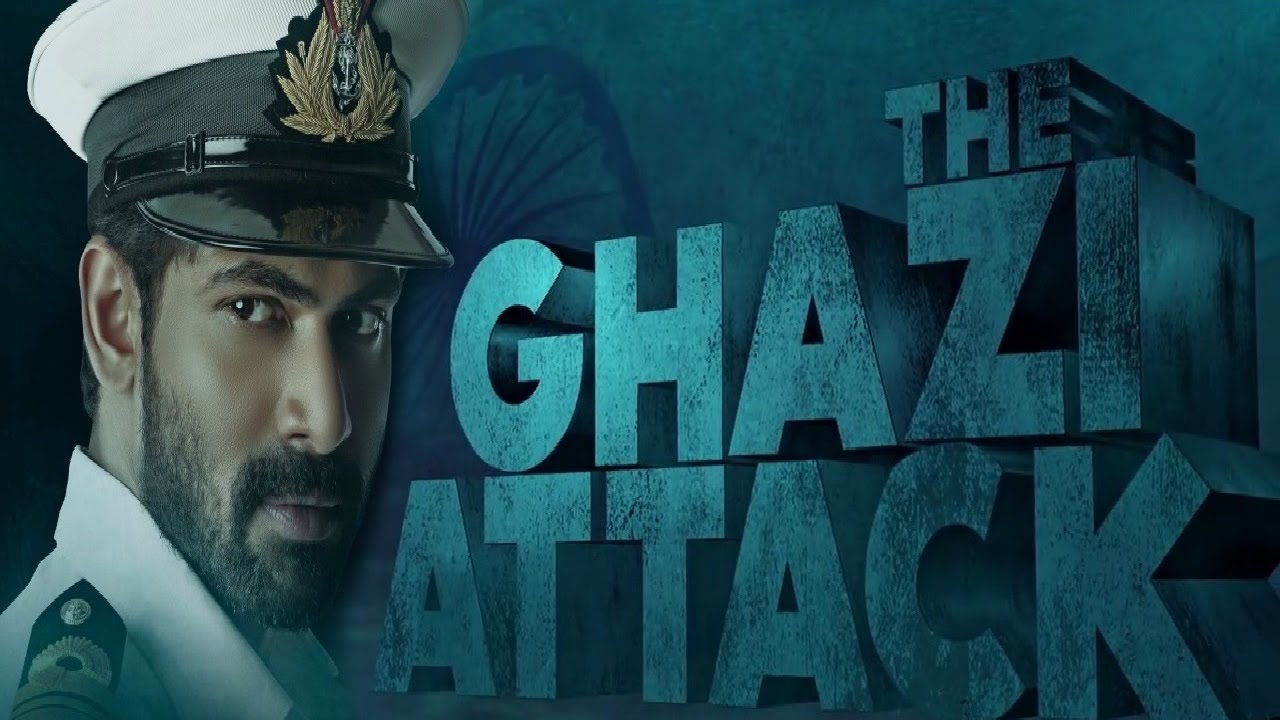 The storyline is wafer thin, Three naval officers, Captain Rann Vijay (Kay Kay), Devaraj (Atul) and Lt. Commander Arjun Varma (Rana) set out to save the Indian Naval base from a Pakistani attack. When the captain dies, the other two start their journey to avenge his death and save the Indian war submarine.
India’s own war submarine (S21) is shown on screen for the first time. The actual hard work of the navy officers is well displayed in this war story. The scenes are shot on Chroma, which is commendable for the movie under water.
Kay Kay, Rana, and Atul have done their best, Taapsee has a small role but has done it perfectly. The movie is quite boring until Rann Vijay’s death. After that, it takes up a good pace.

Main Highlights of the Movie: + Positive Points
1. A new concept, the director has definitely done his homework!
2. The background music helps the audience sit by the edge of their seat throughout the movie
3. The war scenario puts the audience involved in the movie
Main Lowlights of the Movie: – Negative Points
1. It is a patriotic movie but doesn’t feel so.
2. The supporting actors do not look like navy men, it has let down the seriousness of the movie.
3. The length of the movie is too much for the concept
Overall Ratings by Bollyticket: 7 / 10
A different concept that has definitely made head turn. The Ghazi attack will definitely make you think!

Bollywood celebrities have gained respect and love in the hearts of the people in India with their hard work and skills. Bollywood films and stars have become a part of our daily routine life with can never be slammed or disrespected. India-Pakistan wars and fights have created violen...