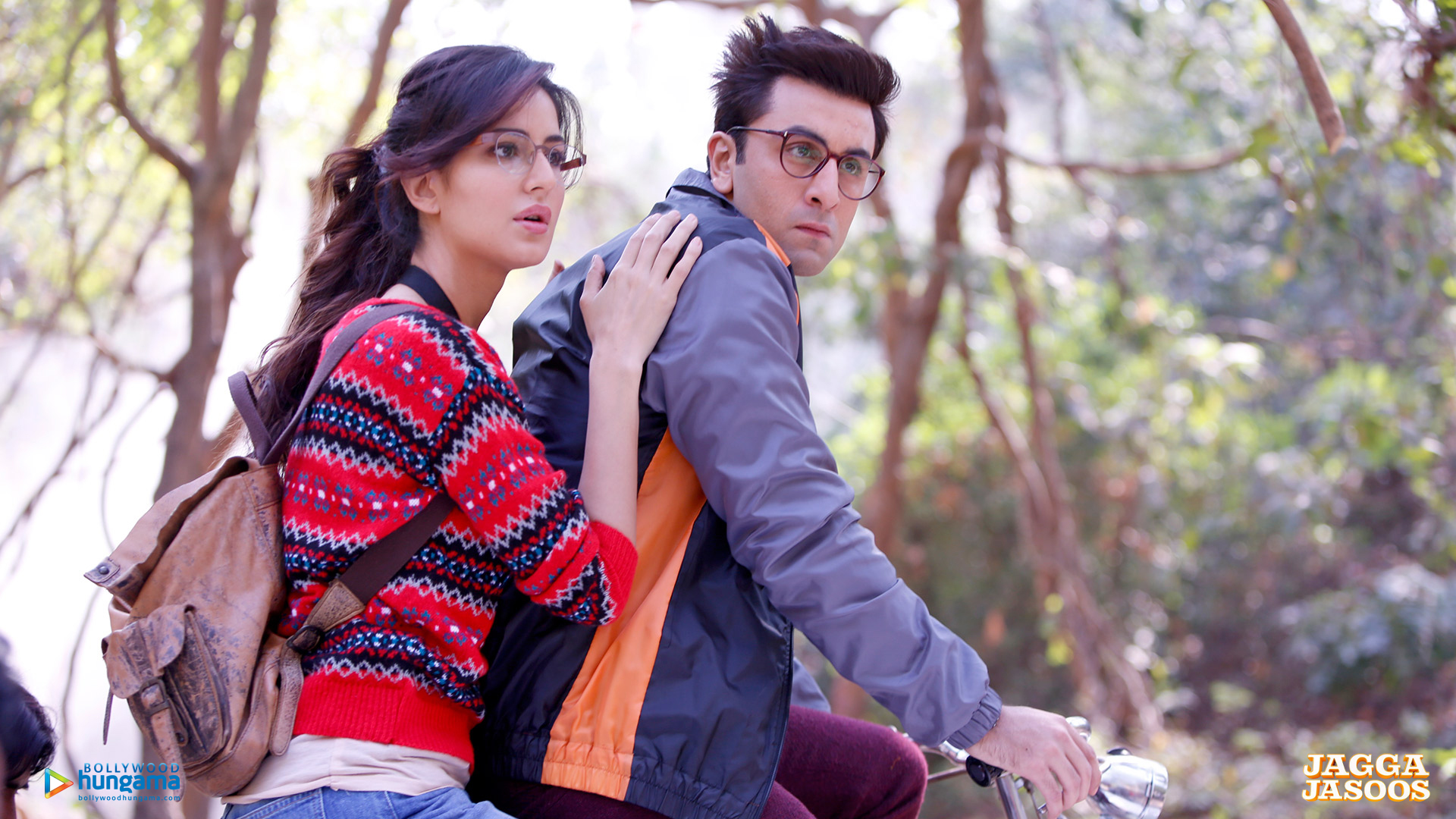 Ranbir Kapoor and Katrina Kaif’s ‘Jagga Jasoos’ is one of the most awaited films of the year. Thanks to its interesting trailer and posters, the Anurag Basu-directed film has aroused the audience’s curiosity.

The trailer of ‘Jagga Jasoos’ released in December and made waves instantly. The film is essentially a musical adventure where Ranbir’s character sets out on a journey to look for his missing father.

According to trade buzz, Anurag BasuÔÇÖs Jagga Jasoos has got delayed again. While we see a slew of biggies releasing in April, JJ may not be one of them. It was to clash with Sarkar 3 starring Amitabh Bachchan and Yaami Gautam on April 7 but it seems now it may not happen. Begum Jaan with Vidya Balan in the title role, hits the screens on April 14. Then comes Noor the next week starring Sonakshi Sinha and Baahubali 2 on April 28. WonÔÇÖt Vidya film get lost among so many biggies? But Begum Jaan co-producer Milind Dabke feels he has nothing to fear. He says. ÔÇ£We have heard that Jagga Jasoos has got delayed and only Sarkar 3 is coming on April 7. A week is good enough to catch up. We donÔÇÖt require two-three weeks as we are not a big film.

While the movie was scheduled for release on April 7, Ranbir and Katrina fans were waiting to see the duo promote the film together. There have been rumors that the ex-couple, in a bid to cross paths with each other, will promote the movie separately. Pritam has disclosed that there will be 29 songs in Jagga Jasoos.

The makers released a new still featuring the lead pair and it is too cute to miss indeed. Looking adorable in their geek-chic attire, Ranbir and Katrina can be seen imitating each other’s pose while a Moroccan marketplace serves as the perfect backdrop.

Ranbir Kapoor-Katrina Kaif starrer will be worth the wait.

The Cast Of Shararat Got Toget...

2017 has begun with much anticipation and making it unpredictable starting with crazy trends to unlikely feuds between least expected people. For those who are depressed already and also you have been a fan of 2000's show, Shararath here is a good news. The magical show is hinting for a second season ...